You are here: Home / Uncategorized / MY MOM’S FUDGE 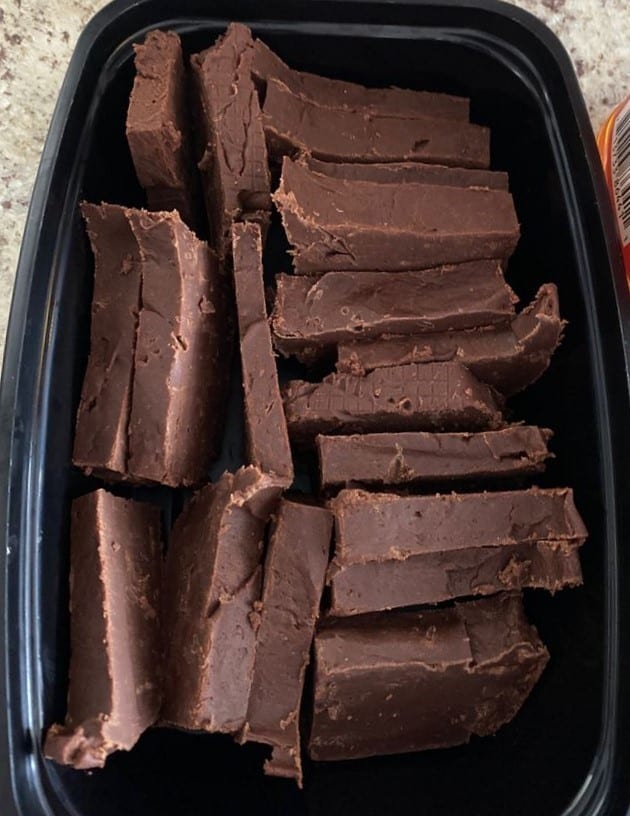 For some families, Christmas goodies means cinnamon rolls. For some it’s toffee and candy. Eric’s family does cookies Most of the time we would give it away to friends and neighbors, which is of course a very effective way to spread Christmas cheer.

One time it backfired on us though. We brought a plate of fudge for some friends and left it on the doorstep, figuring they would be home in a few hours.

They came back from vacation a week later with an entire colony of ants on their porch. Nothing says Merry Christmas quite like a pest infestation.

Boom. Straight up, no messing around chocolate fudge. And by no messing around I mean no nuts, no peanut butter, no peppermint, no swirls, no fuss. Just pure semi-sweet, melt in your mouth goodness. (I have nothing against fudge-embellishments. But sometimes you just can’t beat the classic.)

We made it every year. We would all hover over the stirrer (usually my mom) making sure they didn’t mess anything up. (Our faith is inspiring.) Then as she poured the completed fudge into the pan we would all make non-subtle comments about making sure not to do a too-good job scraping (so that we could attack the pan with our fingers of course). She always poured a little bit into a small bowl, presumably so that it would set up faster for us.

We never waited though. My sister Nikki has been known to consume an entire batch of this fudge in a 12 hour period.

But don’t think about that. Just think about dreamy, creamy, not-too-soft yet not-too-dry, non-crunchy, beautiful fudge. And go make this right now because it seriously takes like 15 minutes. To Make this Recipe You’Il Need the following ingredients:

To Make this Recipe You’Il Need the following ingredients: