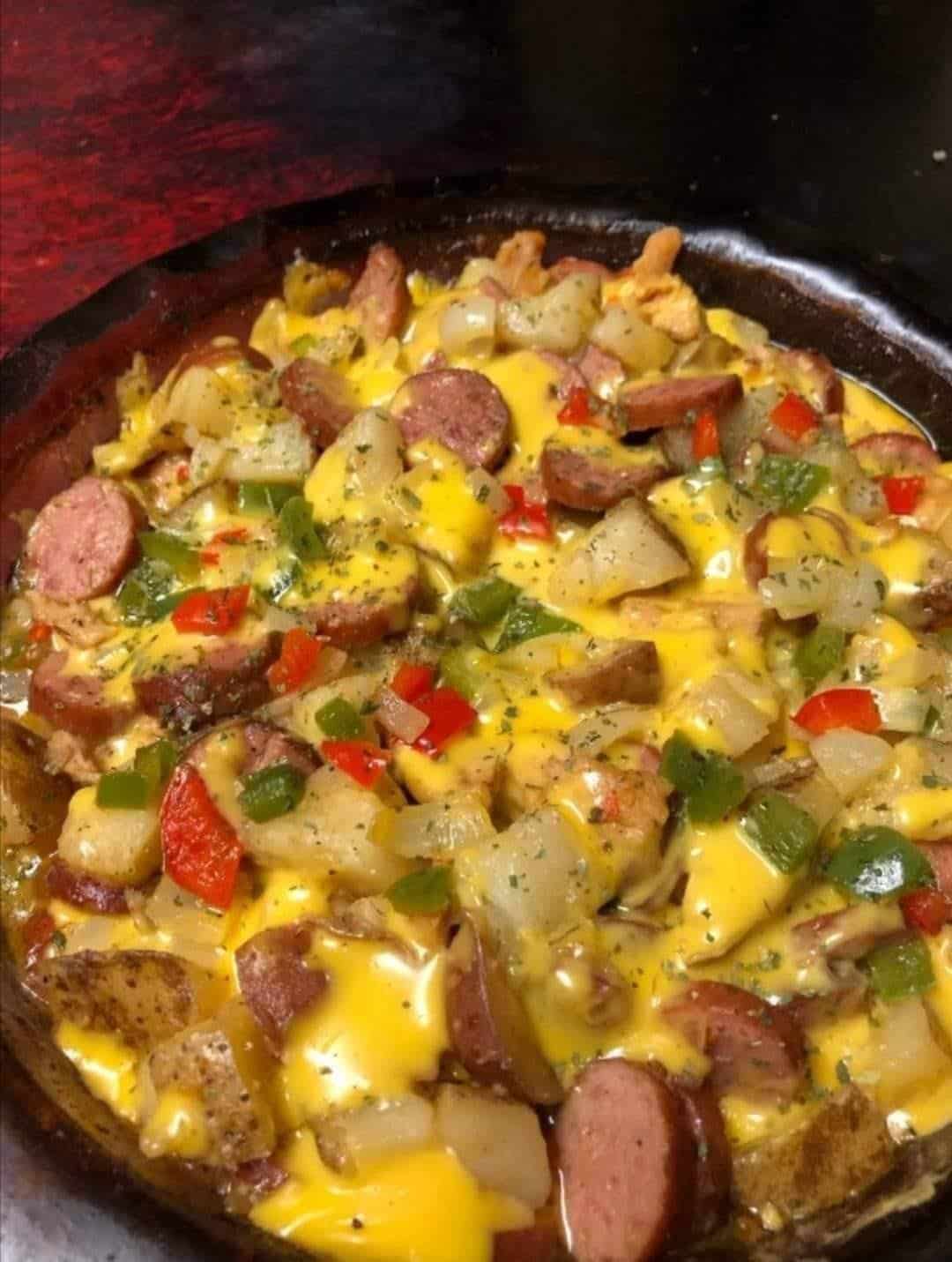 Ingredients
3 cups peeled cubed Russet potatoes, boiled until soft but not mushy
1 lb smoked sausage* thinly sliced
4 tbsp butter
4 tbsp flour
2 cups half & half or milk
salt & pepper to taste
1/2 lb Velveeta cheese cubed
1/2 cup shredded sharp cheddar cheese
1/4 tsp smoked paprika
US Customary – Metric
Instructions
In a large skillet, over medium low heat, saute the sausage in a large skillet with 1-2 tbsp of olive oil flipping and stirring until they’ve browned a bit.
Lightly spray a 9×13″ baking dish with non stick cooking spray. Transfer the cooked potatoes and sausage to a casserole dish, stirring just enough to evenly distribute.
Turn the heat up to medium and add the butter to the skillet. When melted, whisk in the flour. Allow it to cook about a minute, whisking constantly, to get rid of the floury taste. Slowly add in the half and half, 1/4-1/2 cup at a time, whisking constantly until evenly incorporated. Continue cooking until thickened.
Stir in the Velveeta, paprika, and salt & pepper, stirring occasionally until completely melted and the sauce is smooth.
Pour cheese sauce evenly out over the potatoes and meat. Evenly sprinkle the shredded cheese over top.
Bake at 350 degrees for 35-45 minutes, or until the potatoes are fork tender and the casserole is golden brown on top.